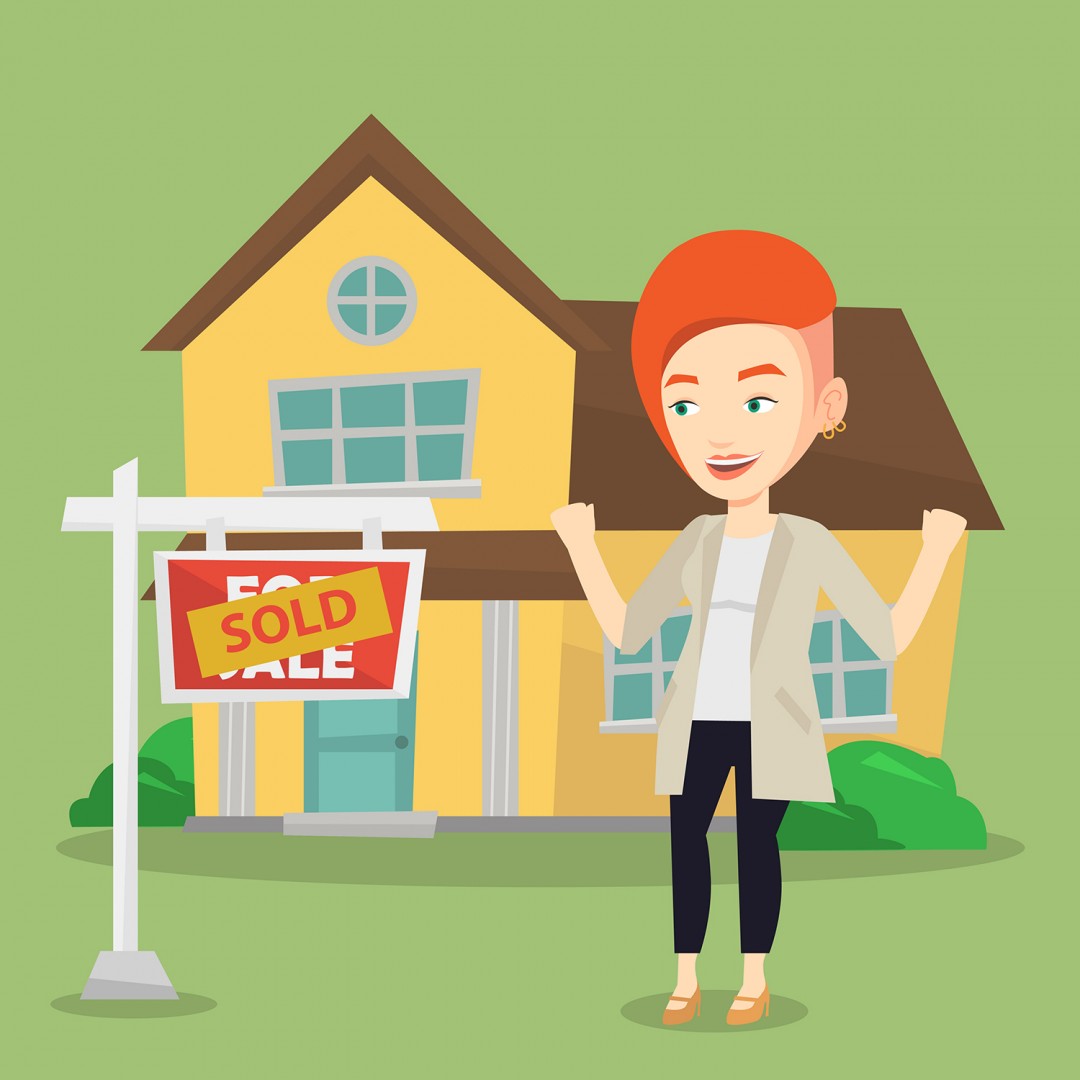 It’s an interesting market at the moment. For the first couple months of this year we were extremely short on inventory. That coupled with a substantial rise in prices almost daily meant that there was very much a feeding frenzy among buyers. Properties that were on the market for sale generally saw multiple offers and successful buyers would often pay thousands and sometimes hundreds of thousands over asking price. And while that is still the case when it comes to price, it seems that the frenzy has toned down a little bit. Multiple offers still seem to bring the same anticipated higher than asking price but where there were often 10-15 competing offers, now there might be only 5 or 6.

To understand what has happened in the market recently we need to have a look at listings. 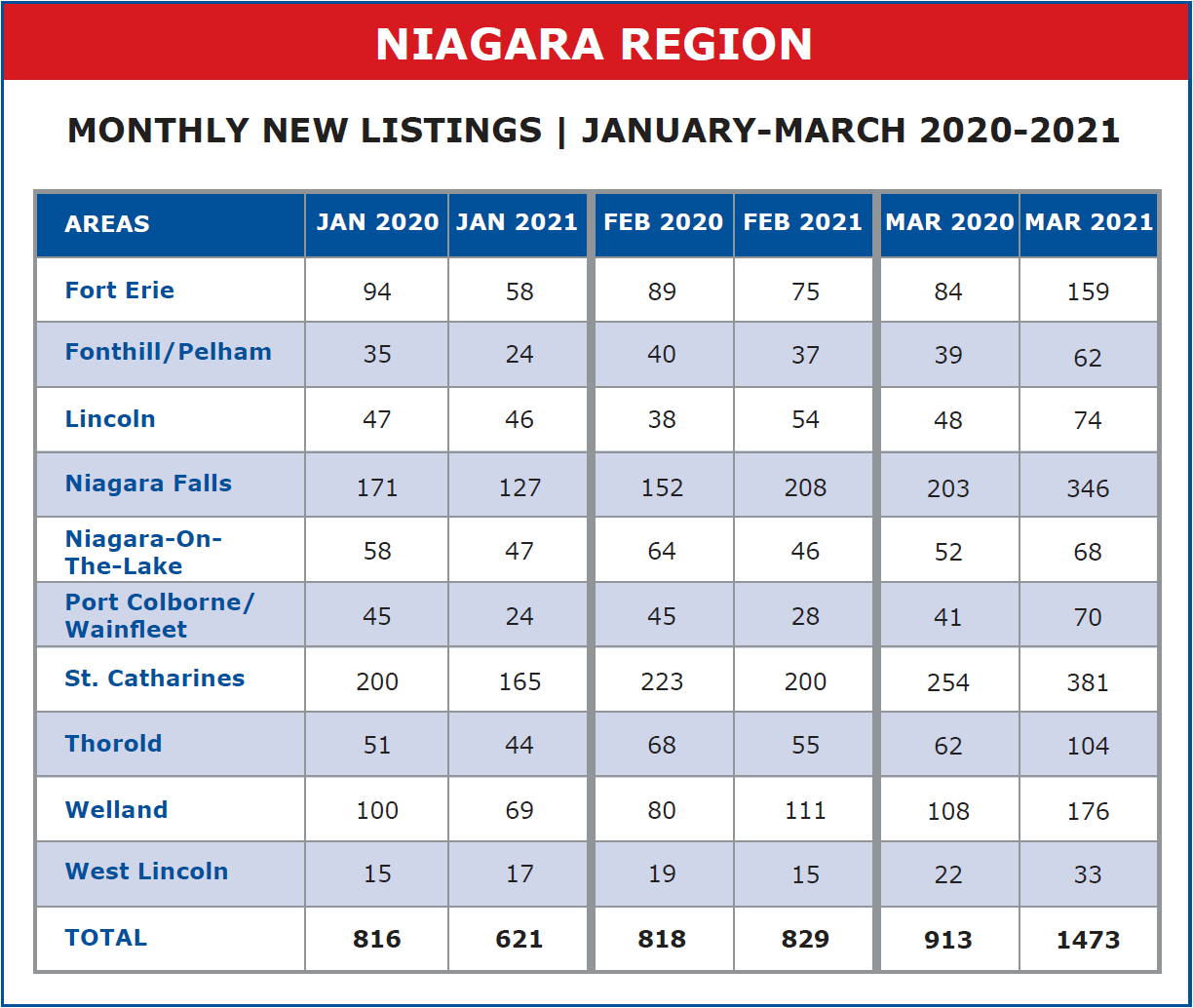 And so, buyers suddenly had a little choice. And when you take those buyers and spread them over an increased stock of inventory the number of competing offers on any given property drops.

But we shouldn’t conclude from this that the amount of available inventory is growing by any significant amount. In fact, the ‘months of inventory’, an index measuring how long it would take to use up all current listings if no new properties came on the market remains at a historic all time low, less than 1 month.

And the reason for that? Sales. As inventory has increased, so too has the number of sales. In March 2021 there were a total of 1,137 sales recorded in the Niagara Association of Realtors MLS. Compared to the 759 registered in February that’s an increase of 378 or 49.8% and compared to the 567 registered in March 2020, that represents an increase of 570 units or 100.53%.

In fact, if you go back over the past number of years you won’t find any month of any year when the Niagara Association of Realtors has registered as many sales as March 2021. By way of illustration, look at the graph below to see the unit sales month by month over the last 5 years. 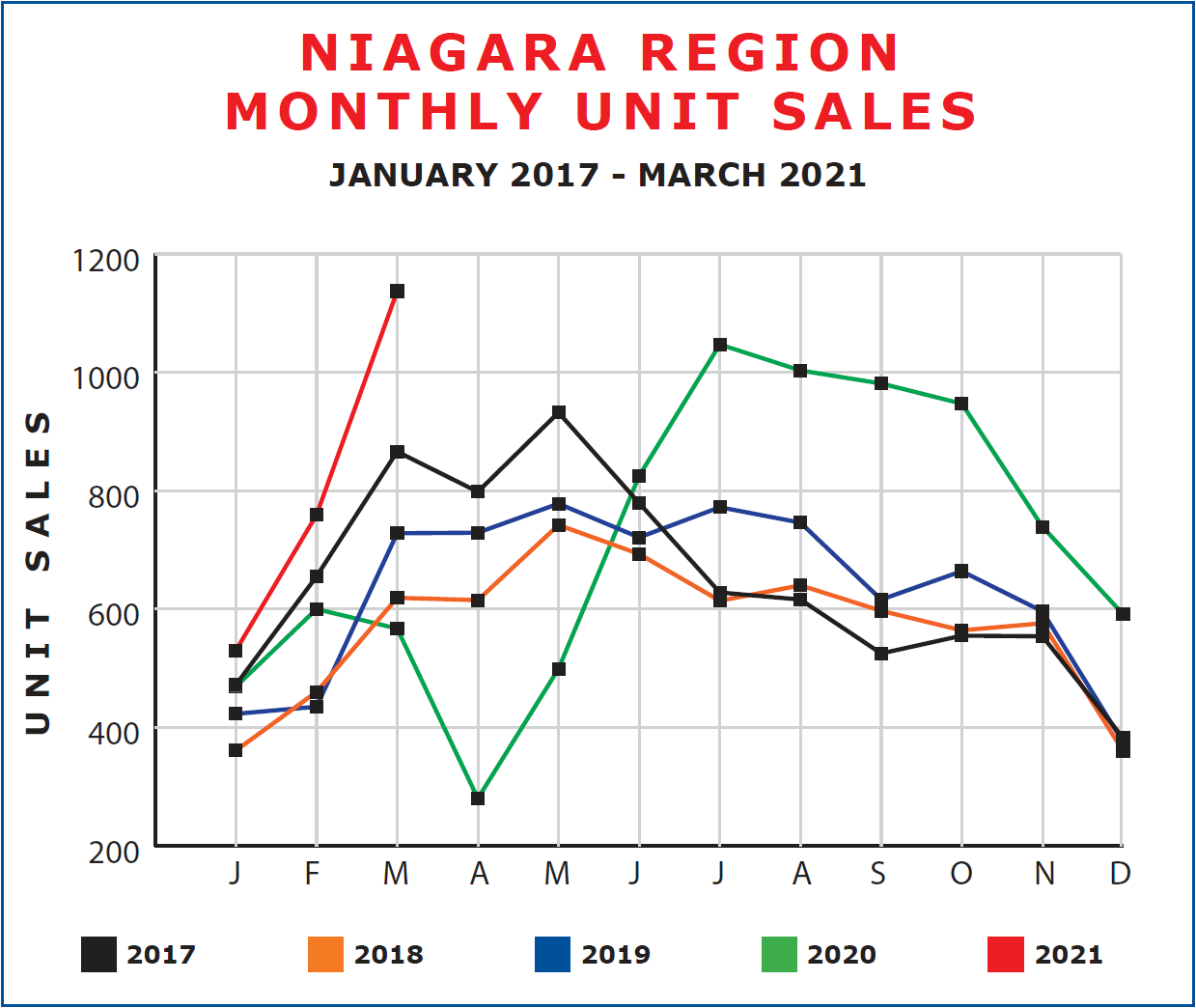 You will see that the market took a huge hit in April, May 2020 with the onset of COVID-19, but by June had recovered to the point of surpassing sales in any of the previous years. That trend very much continued into 2021 where sales showed remarkable strength in January and February, and went on to set an all-time monthly record in March.

Not likely that we would see that happen, but based on the figures end of February, we were on pace for a year-over-year increase of about 70%. That isn’t likely to happen either. However, both industry insiders and CREA have forecast a year that will see prices increase in the 10% - 15%. Considering the fact that we have already seen 11% increase, the 10% - 15% projection is likely to be very conservative indeed. We’re bound to get the occasional month that prices stay static, but overall, barring government interference, all indicators are that we’re in for quite a remarkable year.