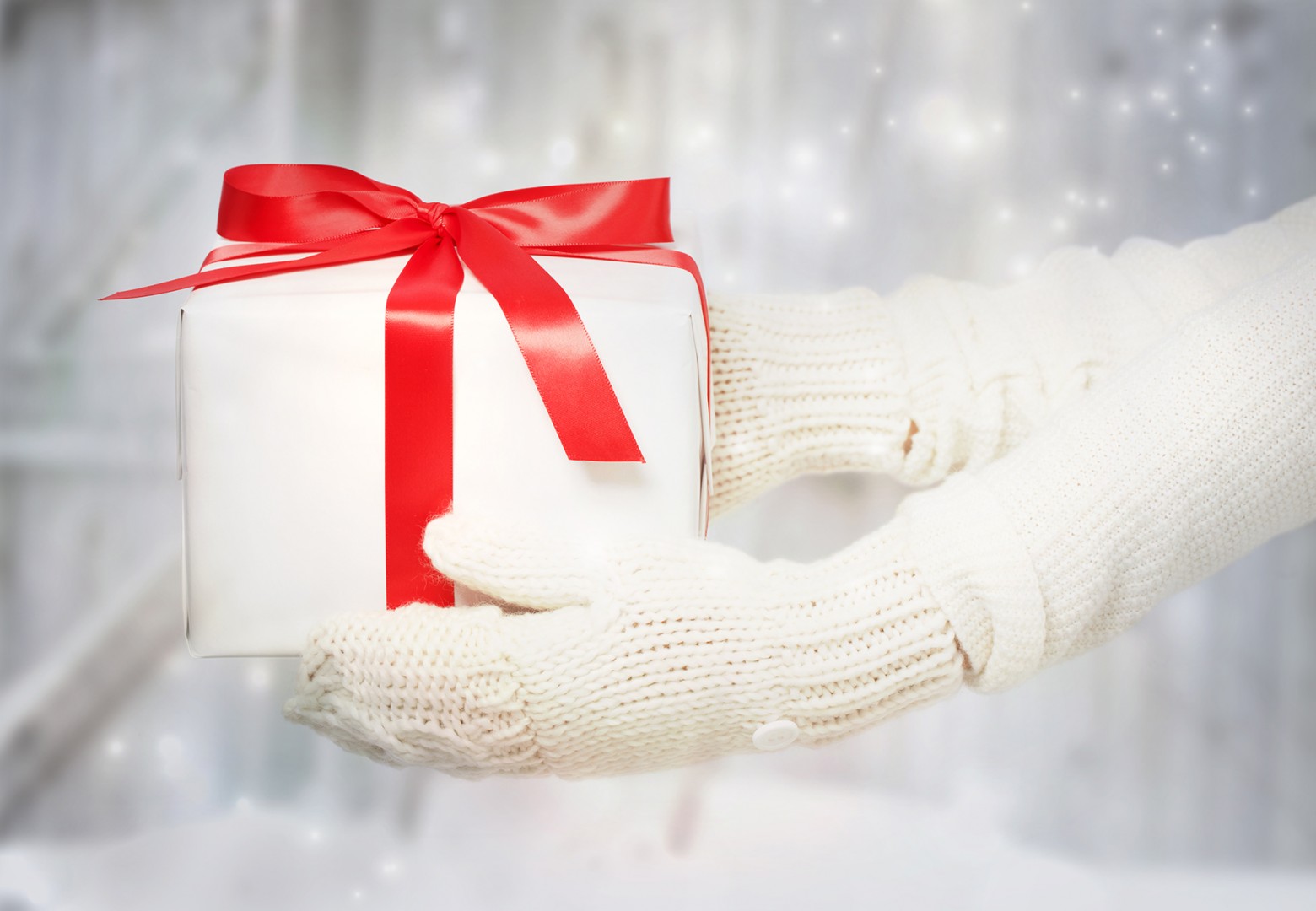 As one would expect, the market experiences a slowdown in activity as we approach year-end. This year, the deceleration was much more gradual than it has been in past years. But things are definitely showing signs of taking a breather as we move into the latter part of November. Across the Region, a total of 739 sales were registered in November which is down 21.96% from the October’s 947 tally. Having said that, the number of sales was still up a respectable 24.0% from the 596 figure of November 2019. 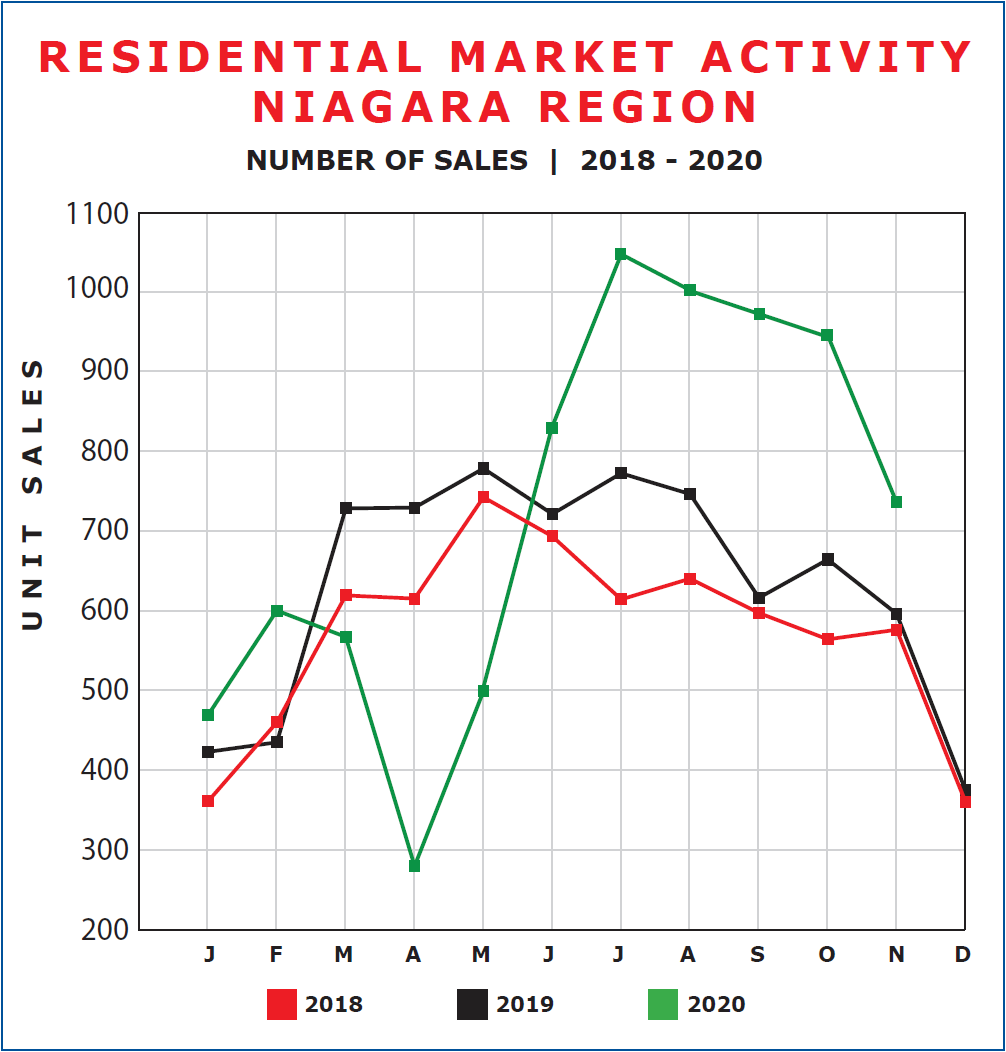 Most of the slowdown in activity occurred near the end of November, specifically the last week of the month, and seems to indicate a Christmas pause, definitely not a trend. As you can see from the graph above, the unit sales, while tapering off, are still significantly above the norm for this time of year. A very active market. 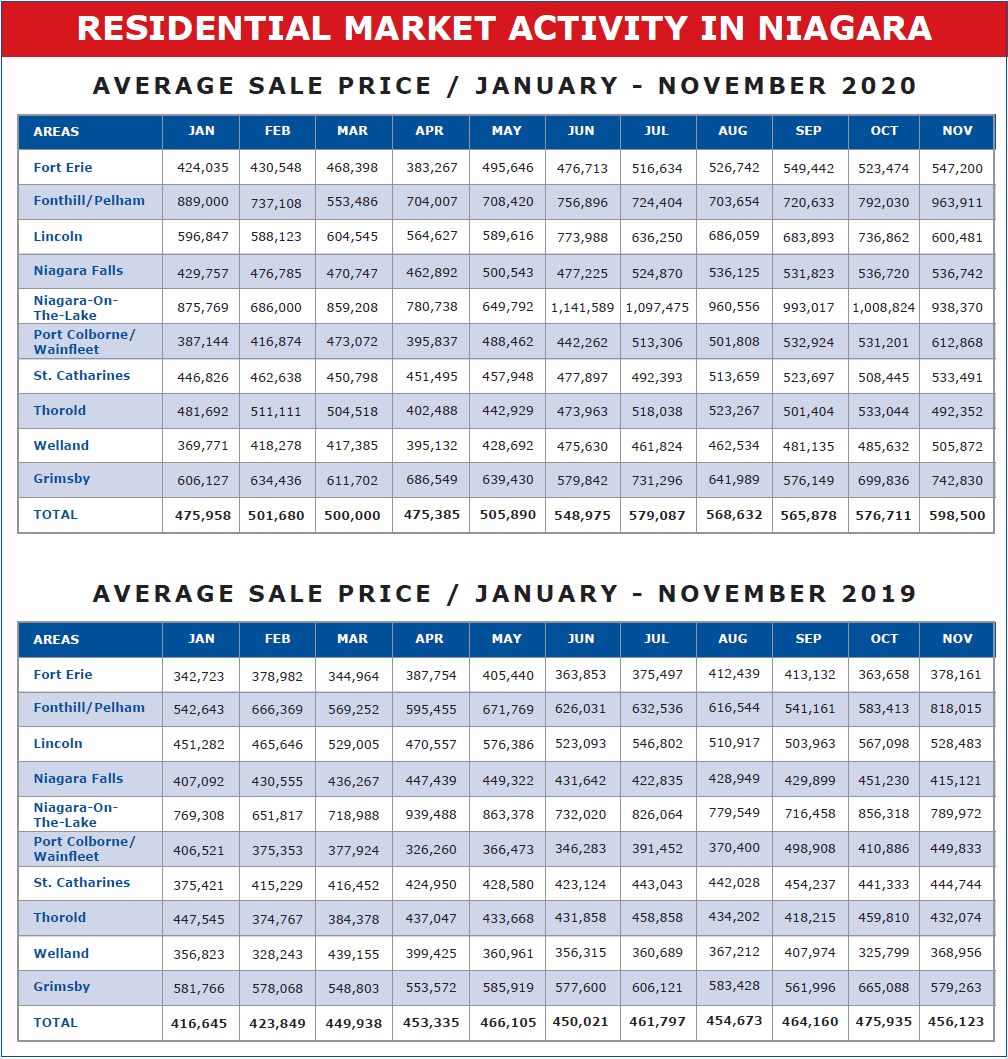 What, if anything, do all these figures tell us about what lies ahead? What can we expect from the market in December and on into 2021?

Well, I think it’s safe to say that the market will experience a significant slowdown in December as the buying and selling public focuses their attention on Christmas, New Years, and the onset of winter.

Having said that, I don’t foresee any softening of prices at all. Traditionally price gains are made for the most part in the first half of the year, with the fall registering pretty stable prices. But as we’ve seen November seems to be defying that trend. A tribute I believe to the underlying strength of the real estate marketplace.

I expect by early January the volume of sales activity will pick up where it left off, and once again into the early months of 2021, we will see record prices set month after month.