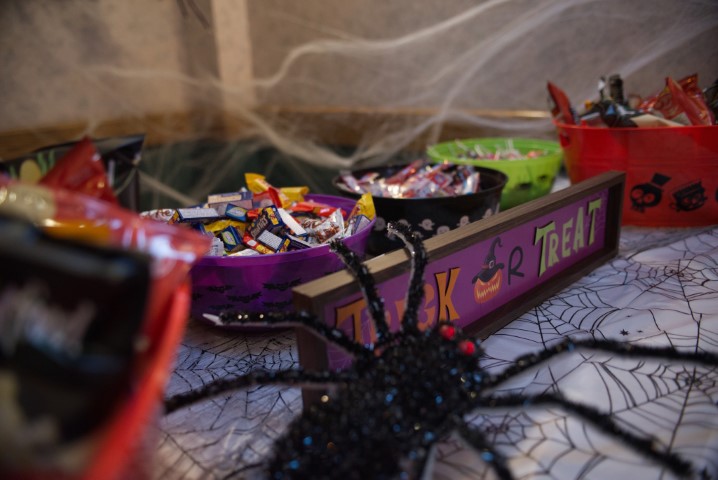 Over the years Halloween has taken on a lot of different shapes and sizes here at RE/MAX Garden City. Usually a party. Generally, a lot of agents decked out in creative costumes. Sometimes special prizes for the best outfit.

Originally most of the activity happened at our front lobby. Walk in and you couldn’t help but notice it was Halloween. The decorations, including life-size mannequins, greeted you with a macabre ‘hello’. 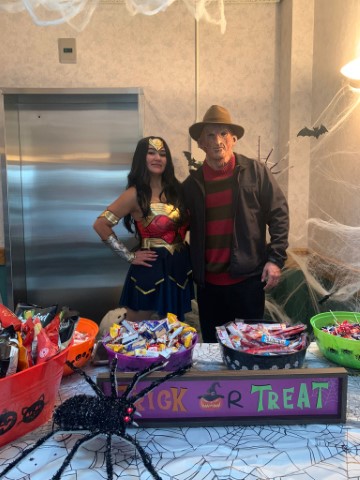 Well, this year we decided to change it up again by bringing the décor and trick-or-treating down to street level and inviting the neighbourhood to drop by. Under the leadership and direction of Michelle Bruce-Pepe, our newly appointed Director of Social Media and Digital Marketing, the project took shape. Flyers were made up and circulating 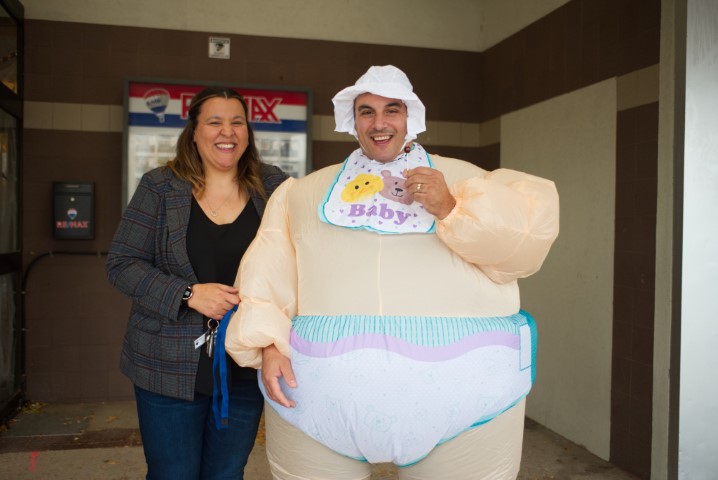 around the neighbourhood letting people know they could drop by for a treat. The lower lobby was decorated very Halloween, and anyone walking in was greeted by a large table of goodies and agents in costume.

At the same time, there were a number of other things going on around the halls letting people know this evening was not the RE/MAX norm.

Liddiard Law celebrated having the entire team in costume and along with pizza and wings, they spent the afternoon hunkering down and watching horror movies. Our training centre had a definite Halloween theme on the big screen. And of course, one didn’t have to travel far to find a candy or treat station.

We’ve added just a few photos to give you a feel for the event. Enjoy!