Gino Gicante has lived in the Niagara Region, specifically the Town of Thorold, his entire life.  He attended Thorold Secondary High School and after graduation attended Fanshaw College in London, Ontario and enrolled in Business Studies.

A few things you should know about Gino.

After graduating from College he spent 20 years as an account manager for Carlton Cards, with his main clients being Eatons, Robinsons and many of the large big box stores.  He ventured out on his own becoming a business owner “U Send Me” with several stores in the area, selling cards and gifts and featuring a post office as well.

Gino in his spare time spent a lot of time with his lifelong friend, Tony Tripodi. Tony, a local realtor would take Gino out with him when he was viewing properties and they would have lunch discussing the on goings of real estate. Gino with a couple of partners actually bought a vacant lot and built a house from the ground up and later sold it for a profit.  Gino was hooked, even though he enjoyed a comfortable life as a business owner, he felt it was time for a career change.  His lifelong dream became a realty when he completed his real estate requirements and became an official Real Estate Salesperson.

Gino is equally experienced with commercial and residential sales. He is a sincere professional and dedicated to all of his client needs.   He can be reached at 289-228-5384. 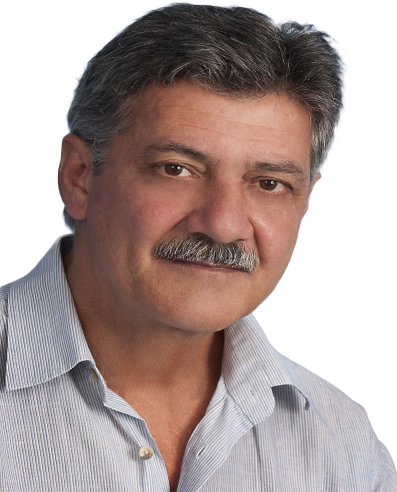